It has come round far too quickly but I again volunteered to run the club Christmas game last night.

A couple of months ago whilst perusing the web i came across a set of rules for a canoe race game colonial-canoe-race and added a little extra by way of seasonal chocolate coins.

At the start each player took charge of a canoe and four coins which could be used, once per turn, at any point to add 1XD6 movement, which allowed them, most of the time, to cross the rapids safely.  However this was not always the case.

A fun couple of games were had during the evening, along with a couple of beers.  The rules worked nicely and were easily understood by all parties.  All the coins 'spent' on additional movement dice were then added to the pile of coins which would eventually go to the winner

I'll now post a couple of pictures of the games. 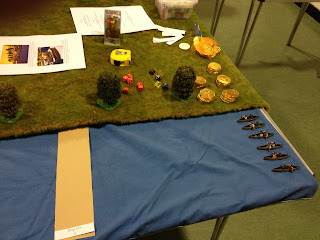 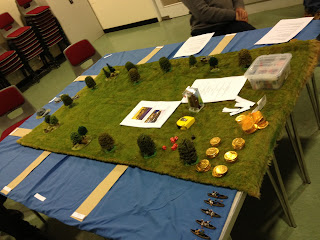 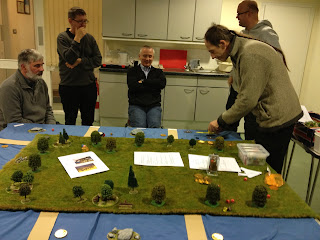 A game in progress 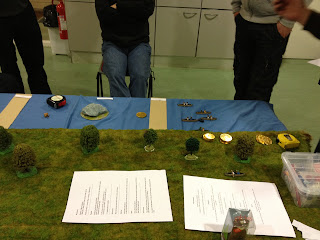